15 Companies That Use Node.js in 2021 Successfully

Companies that use Node.js know that JavaScript is the go-to language for building dynamic websites.

But they want to take their dedication to JavaScript just a step further by utilizing the language not only for front-end development, but back-end development too.

Node.js is a platform many skilled web developers are using today to amp up their back-end development while still using the same tried-and-true language – JavaScript.

In fact, Node.js is so popular, quite a few major business enterprises are well-acquainted with the software. Companies that use Node.js include the following:

For these companies using Node.js, they’ve picked this software tool as their preferred runtime environment for JavaScript developers. Keep reading and find out why.

In other words, Node.js is a JavaScript framework that allows developers to test and debug their code in a virtual domain.

The fact that Node.js is open-source and cross-platform means that the framework is accessible in two ways.

By way of being open-source, skilled developers can edit the Node.js source code to their liking, or otherwise for the improvement of everyone involved.

Secondly, as a cross-platform software, Node.js is available to virtually any developer no matter their preferred operating system.

Node.js was developed in 2009 by Ryan Dahl. At that time, Apache HTTP Server handled the things that Node.js does now, but with less efficiency. Specifically, Apache couldn’t tackle concurrent requests. Thus, Node.js was created.

The advantage of this scripting technique is that clients do not need to deal with slow loading times and high CPU usage. For the same effect, developers can employ static web pages but website content would be in turn far less engaging and interactive.

Server-side scripting empowers developers to dismiss the often overloaded presence of browser plugins and technology by simply relying solely on the webserver.

That said, Node.js uses a ‘JavaScript everywhere’ paradigm where the web application development depends on JavaScript for both client-side and server-side programming.

Related reading: Node.js vs. PHP: Which Is Better For Your Business?

What Are the Advantages of Node.js?

Node.js is used by some of the most popular companies today. With that kind of track record, you have to wonder what makes Node.js so desirable. Below are some advantages of Node.js.

Node.js is easy to learn. Though you’ll want professional developers to help you work on the software for your business, accessibility plays a large role in why developers choose to learn Node.js in the first place.

Previous mastery of JavaScript and object-oriented programming is a must. And that requires seasoned developers. But after surpassing that threshold, developers will be relieved to know they can start doing what they came here for – programming.

Because Node.js is a fan of the ‘JavaScript everywhere’ paradigm, there is no need to switch programming languages between back-end and front-end development.

Node.js allows for only one language to be the primary catalyst for full-stack development. In effect, this leads to fewer files, less code, and overall less complication.

Projects built using Node.js hit the market at a faster rate than otherwise. Node.js is lightweight. As a result, programming in the Node.js environment is faster and easier. Ultimately, this reduces the time spent in development and the overall time-to-market.

Businesses look at faster release times advantageously. This is because they can get immediate feedback and make meaningful updates.

Such an advantage is also helpful for developing a minimum viable product (MVP) to test Node.js project ideas on the market.

Websites that use Node.js tend to be faster as well.

One of the reasons Node.js was made is to offer a more scalable alternative to Apache.

Therefore, scalability is built into the very heart of Node.js. Companies that use Node.js have a need for scalable software in order to plan for business growth.

Node.js can handle several concurrent connections. Another useful feature of Node.js is load balancing which is the process of distributing tasks competently amongst resources.

This occurs when the load balancer receives incoming requests and sends them off to the server most capable of fulfilling them.

Related reading: 7 Global Websites That Use PHP in 2021

Back on the topic of accessibility, you’ll realize that the most accessible software often has the largest communities. The benefit of a large community is lots of support and feedback.

This same community takes full advantage of the open-source standing of Node.js, building tools to ease the development process for everybody.

Node package manager (NPM) the official package ecosystem for Node.js is the largest and fastest-growing software registry in the world.

15 Global Companies That Use Node.js

While the Node.js is relatively new, it is by no means a novelty. Fortune 500 companies favor Node.js over other frameworks, and for good reason.

These companies may have different reasons for using Node.js but they all came to the conclusion that Node.js was worth it.

LinkedIn is the social network for professional connections. It is best suited for people looking to make serious career moves who want to get noticed by relevant companies.

In the same vein, companies looking for competitive candidates for open positions use LinkedIn.

LinkedIn switched from Ruby on Rails to Node.js in late 2011. This was mainly because Linkedin developers wanted to optimize their mobile app where now everything is written entirely in Node.js.

They were able to drastically cut down on server resources and the app is said to run 20 times faster than its predecessor. HTML5 was also a big factor in LinkedIn’s mobile app development.

Netflix is a streaming service for television and film serving millions of users worldwide and likely one of the most familiar to you of the companies using Node.js.

The user interface (UI) of Netflix was built using Node.js.

According to the Netflix team, the modularity of the framework encouraged them to use Node.js. Netflix is also almost two times faster during startup as a consequence.

Uber is a pseudo taxi service for people who need to get somewhere fast but are appalled by the inflated prices of a yellow cab.

The people who work for Uber are regular joes who must go through background checks.

Of the companies that use Node.js, Uber was one of the first to use the framework to its fullest extent by building the bulk of the Uber platform in Node.js.

There are three main reasons why Uber chose Node.js: ease of error-checking; fast processing speeds; and continuous development thanks to the open-source community.

Trello is a collaborative online tool that businesses use to organize projects and ideas using virtual boards.

The typical Trello dashboard can tell its user what is being worked on, who’s working on it, and what step the project is on in the development process.

The server-side of Trello uses Node.js. It is important for Trello and its users to have immediate updates and Node.js has the capacity to hold many open connections at once.

The Trello team also appreciates the many libraries of Node.js and its functionality for single-page apps.

The PayPal software team likes that Node.js empowers developers to build both server-side and client-side with JavaScript.

It unifies the developer experience in a way that is helpful to the development process.

As you’re probably aware, NASA – which stands for the National Aeronautics and Space Administration – is a United States government-sponsored department responsible for the research and exploration of space-related matters.

Microservices is a feature of Node.js where developers approach application development by presenting the software as a collection of small services rather than as an autonomous unit.

Using this feature NASA was able to move its enterprise to the cloud.

Node.js helps eBay by being able to maintain live connections to servers for nearly 200 million eBay users every day.

Medium is an online platform for publishing articles with a large diversity of content. Medium developers build their app servers with Node.js accompanied by the webserver NGINX.

The Medium team enjoys the privilege of being able to share code between the server-side and client-side. They’ve also sped up deployment times by a whopping 15 minutes.

Groupon is another e-commerce platform, except it works with third-party services to provide special discounts and prices. Like Linkedin, Groupon switched from Ruby on Rails to Node.js in 2015.

Groupon software developers migrated both their mobile and web traffic to the framework.

Higher scalability was their main justification but this switch resulted in resource reduction for high traffic and faster web pages.

Walmart is a large American retail company operating several grocery and department stores across the world.

As one of the companies that uses Node.js, Walmart relies on the framework for its UIs and also as an orchestration layer to create application programming interfaces (APIs) for the company’s various apps.

Orchestration layers permit developers to integrate multiple applications or services together. In essence, Walmart app users can use one platform to access several distinct functions.

Mozilla Firefox is a popular web browser. Many of its web apps use Node.js because of its memory capacity and for the ease of use involved in being able to keep everything in a single JavaScript repository.

Businesses use GoDaddy to host websites and register domain names on the Internet.

Their back-end infrastructure is dependent on Node.js. Senior Software Developer Stephen Commisso maintains this is because of its ability to make quality apps and release new features quickly.

In addition, Node.js is practical for testing, NPM resources, and REST.

Yandex is a Russian multinational corporation specializing in several services from transportation to search engines. Yandex has numerous API libraries built in Node.js.

APIs communicate procedures between an application and another related application, operating system.

Citibank is a bank which, naturally, offers financial services – both offline and online.

The company uses Node.js for its mobile services with the framework Hapi.js as a willing accomplice.

Front-end development is the main use of Node.js for Yahoo, as it is scalable and highly performant.

In the grand scheme of things, these are just a few companies that use Node.js. There are many more, for the same or different reasons.

To summarize, some of the companies you became familiar with here can at least agree on a couple of praises for the Node.js framework.

First, Node.js is extremely fast, as exhibited by its reputation in speeding up web pages.

Node.js can also be used for UI development, and many of the companies that use Node.js primarily use it for that reason.

Lastly, but not least, Node.js is feature-abundant.

It’s important to remember that these companies that use Node.js and its features do not just snap their fingers and produce first-rate applications.

Their software configuration is managed by senior software developers, and if you wish to garner at least half the attention that they have amassed, you’ll need professional developers just the same.

Learn more about how exactly you can get expert Node.js developers on your team. 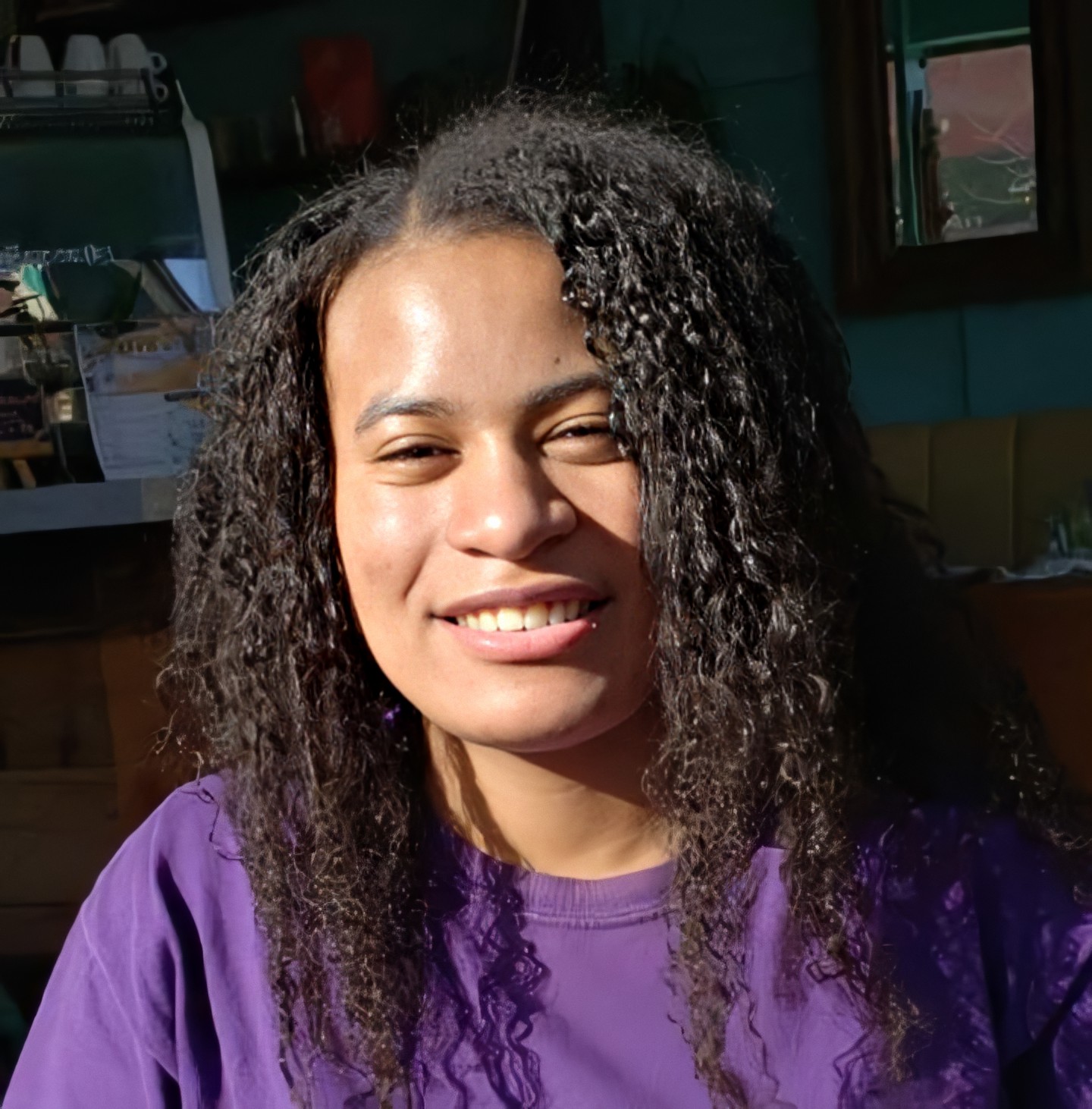 Node.js is a JavaScript framework that allows developers to test and debug their code in a virtual domain.